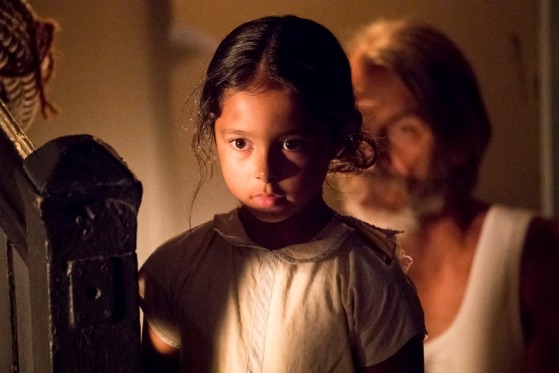 Set in Nazi Germany, MOUSIE centres round a Roma girl who becomes a separated child in her time because her family and her people are victims to race-hatred and persecution. We’re thrilled that this touching and inspirational film was made in support of ‘Separated Child’. We are indebted to writer-director David Bartlett and producer Will Poole and all the cast and crew that have been so generous with their time, talent and technical skills. See the trailer below.

The film is based in Berlin 1936. Hitler will soon host the Olympics, and the streets are being “cleansed” of Jews and Roma “Gypsies”. Inside a dying Weimar Kabarett club, seven-year-old Roma Helene (Sasha Watson-Lobo) hides in a wardrobe, concealed by tap-dancer Katharina (CJ Johnson) who plans to escape the poison of Nazism and take Helene to America – where everyone is welcome, no matter the colour of their skin.

But Helene won’t rest. Sneaking about unseen, the little mouse sees everything – a dancing devil, a nervous stage-manager, an alcoholic “new age Nazi” comedian. And the arrival of awkward Nazi conscript, Otto (Jack Bennett). Finding his feet as a newly-empowered thug, he clumsily makes a pass at Katharina, but greater jeopardy awaits as he discovers the little mouse. Only the child’s ingenuity and talent will save her now…