The importance of dreams

“Where I come from

But where I am headed I will, 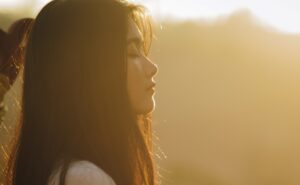 When you are surviving you don’t have the capacity to dream. Dreams are a luxury that has no space in turmoil and trauma.  But dreams are necessary because they give life a purpose, a shape and most important – hope.

Lien arrived in the UK in 1980 aged 13 from Vietnam. She had fled the Vietnam war first to China then to Hong Kong and finally to the UK.

It is hard to imagine what it must feel like to be 13 and suddenly catapulted into an entirely alien culture where you don’t speak the language, the food, the clothes, everything you have known previously is now strange and frightening.

“The first time I saw a westerner was in our brief time in Hong Kong and to then become a person distinctly different to everyone else, a minority in a country full of westerners was very disconcerting.”  But Lien always had a dream. That dream was to work hard in school and become something.  No mean feat when you have only spent three months in a resettlement centre learning  English before moving to a predominately white city.

At school she was an oddity, older than her peers both in age and maturity. What did her peers know about war and trauma? “They talked about boyfriends, clothes and pop music about which I knew nothing. In Vietnam teenagers at this age were not interested in these things.” Lien was desperately homesick and lonely but she had a dream.

And it was the realisation that she could excel at Maths that helped her to achieve this dream. Here her poor English was not a handicap.  When moved to the top maths tier life changed. Her peers no longer teased her and viewed her as ‘just a poor boat person’ but someone who was clearly clever.  “It gave me self-confidence and changed the game. When you have nothing, education can set you free.  It is all we had and so I had to make it work for me.”

Studies have shown that education becomes the top priority of young refugees once they settle in a safe host country. And statistics bear this out. A report showed that children in London who don’t have English as a first language were outperforming the national average at GCSEs. Immigrants and refugees who come here want to integrate and want to contribute.

“When we arrived, we had no possessions no money, just each other but I was determined to make a difference.”

And she did and she has. Lien is the mother of five, married to a fellow Vietnamese who also fled the country and she is now an academic, author and a university lecturer.

So, this got me thinking about the separated children that we work with and what are their dreams. And indeed, do they have an opportunity of achieving any of them.  It was tough back in the 1980s and it is a lot tougher now, but that doesn’t stop the dreams.

Take Stephen who arrived in the UK as a separated child from Cameroon. Now aged 19 he is hoping to start a law degree. When he arrived, like Lien, he spoke no English. But he too had a dream. He wants to defend those who are dying in silence around the world and are not listened to. “I would like my voice to be the voice of those without a voice.”

A thought echoed by Egerton Gbonda, a teacher who fled to the UK from Sierra Leone. Here he worked as a supply teacher in a number of London schools and completed a Master’s degree in Refugee Studies at the University of East London. Experienced in supporting young refugees and asylum seekers he has ran Club Class for refugee youths since its inception in 2010. Club Class is a cross between a club and a class: a weekly educational, social and cultural programme for up to 30 separated young people aged 14-18 that includes refreshments and supper, and pays the participants’ travel expenses. it is currently being run as a Zoom class.

Last week he asked the children about their dreams and what they wanted to do with their lives.  They all had goals.

To be a politician, business man, engineer, teacher, solicitor, social worker, soldier, nurse, doctor, bus driver and of course like so many young men a footballer.

I remember speaking to one young man who had fled Syria and was passionate about making something of himself here in the UK.  “Now that I feel safe, I can dream. When you are just surviving this is not possible,” he said.

“My father was killed by a bomb and my mother used all her money to pay for me and my brother to leave Syria.  When I get a job, I will send money back so that she and my sister can join us.  That’s my dream.”