So, what makes a good chairperson? Humility and ego management, understanding the business of the organisation, the ability to influence others without dominating, having a strong personality, being a good communicator, patience and reflectivity. Sarah Castro MBE is the new Chair of The Separated Child Foundation and she has all of the above and a lot more.

Sarah arrived in the UK as a young person fleeing from Uganda. Separated from her parents and living in children’s homes in the UK she has first-hand experience of how hard it is to be a separated child. 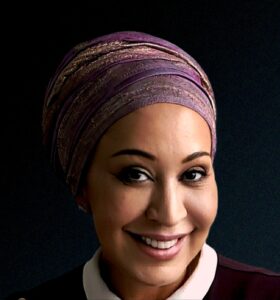 , “The circumstances that have led every single child to be separated are unique and I am not confident they have the advocacy that they deserve,” says Sarah.

With over 20 years’ experience of working with the police, local authorities, charities and social housing Sarah is well placed to take The Separated Child Foundation into its next phase of development. When I mentioned her name to colleagues they said:-

“Well, she is the Queen of Safeguarding, how lucky are you to have her working for the charity?!”

Indeed, Sarah is currently the Head of Safeguarding at cyber safety company SafeToNet, an organisation working to steer children away from cyberbullying, grooming, sexual abuse, and exploitation. Her advocacy for the underprivileged has won acclaim from a number of quarters, having been awarded an MBE, a Commendation for Exemplary Contribution from the Metropolitan Police, and a Guardian Public Service Award.

So where did it all start? Ironically in the Canary Isles in the 1990s where she was working in tourism.

“Families were selling their land and houses and going into debt to pay the traffickers, thinking they were sending their child to a better life and instead they were dying at sea.

“A group of us set up an organisation called Solidarity with Senegal and the idea was that we would twin with agencies in Senegal so we could tell the parents what was happening to their children. We persuaded hotels and other places to donate food etc. It’s when I first became aware of separated children in stark reality.”

Sarah fell into the safeguarding arena almost by accident. Arriving back to the UK from Spain she needed a job and the offices of the deputy prime minister (ODPM) started pilot schemes to explore alternatives to policing, with PCSO’s and Street Crime Wardens. Tower Hamlets Council advertised for a neighbourhood warden scheme manager in Stepney to patrol the streets and work alongside the police.

“I thought this would be an easy job because when you work in hotels residents change every few weeks and you have to deal with a lot of issues such as drunk and disorderly, lost children, heart attacks in swimming pools and domestic violence. The beauty of working with a settled resident community is that you get to build relationships with people.

“We did manage to reduce crime in the area and the way we did that was by making the residents feel safer on the streets so they could come out of their homes, do gardening and take the children to parks. If there are more people on the streets then the people who want to commit crime have more witnesses so they are less likely to do it. Organised criminal gangs are not afraid to stand up to the police and individuals but they are afraid to confront whole communities who stand together.”

Sarah has plans and a vision for The Separated Child Foundation.

“I know its way down the line but it would be great if we could have a place where we could care for separated children. In the short term, though, we need to support our Chief Executive to enable him to exploit all the opportunities that come his way.”

She is not in a hurry as she believes that organisations do better when they go slowly that way, they can grow incrementally as they gain more experience.

“I have some lived experience of the issues which will help me advocate for separated children. It’s a fine line knowing how to tell these children’s stories without stirring up traumatic emotions which are extremely painful but we do need to share them so that others know what is going on. I hope through my role as Chair I will be able to help them do this.”

She is also keen to put in place more trauma-informed training for the foster carers who house and care for the separated children so they can better understand what the children have been through.

“There is no way that these children arrive in UK on their own without going through hell and back. I don’t even want to think about some of the things that happen to them as vulnerable children as they try to make their way to the UK on their own and the fact that they have actually made it here means we have a responsibility to  looked after them properly.  It is harder to fix a broken adult than it is to care for a vulnerable child.”

The politics of refugees particularly at this moment in time with the current government are controversial but Sarah thinks it is not the role of the charity to get involved in this arena.

“Best to leave it to others and for us to focus on advocacy when we can. We need to focus on our mission to support separated children and leave the politics to others.”

What particularly irks her is the notion that separated children are coming to the UK for nefarious purposes. “These offensive xenophobic suggestions make it harder for the public to empathise or sympathise with these children.”

Undoubtedly Sarah will be taking The Separated Child Foundation on an interesting journey.