Proud to present Mousie, a short film about a separated child

Following our feature about David Bartlett’s highly acclaimed film Mousie, made in support of our work, we are thrilled to be able to share the entire film, available here until the middle of December.
Watch award-winning short film Mousie - available here for a limited time

Mousie tells the story of a mother forced to abandon her daughter. Seven-year-old Roma girl Helene is handed to tap dancer Katherina who works in a cabaret club in Berlin, in the hope that Katherina will arrange to send little Helene to safety in America.

Since we published our last article about Mousie, Sir Derek Jacobi has joined the team as Executive Producer. Sir Derek’s involvement was announced in ‘Variety’, where he called the film “unmissable”. 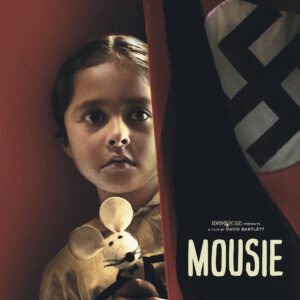 We are extremely grateful to David Bartlett and the rest of the Mousie team for making this film in support of our work. Now, more than ever before, we must share the stories of separated children so that children like Helene in Mousie – alone and terrified – are not forgotten.