The determination of a young refugee

Last week’s news about the 27 refugees who died crossing the English Channel was a stark reminder to Sirvan*, an Iranian refugee, of just how dangerous his own Channel experience was. Aged 18 – crammed into an overcrowded dinghy – he crossed the Channel. The small boat lost its engine and one of Sirvan’s fellow passengers drowned.

When most UK boys of his age were doing their GCSEs, Sirvan, a 16-year-old Kurd, was arrested by the Iranian police for playing Kurdish protest songs in a private party. He was imprisoned and beaten for 15 days before escaping and, with the help of smugglers, fleeing to Turkey.

“We were 30, crammed into small vehicles for 40 hours and left in a smuggler’s house in Turkey. There were knives and guns and I was very scared. I knew bad things would happen here so I ran. My family had friends in Istanbul so I took a bus to get there hoping they might help me.” explains Sirvan.

In Istanbul, Sirvan found smugglers who said that for 3,000 euros they could take him to Greece, but Sirvan didn’t have 3,000 euros.  Nor did he have a passport or any documents.

“I had 200 euros so smugglers were not an option. But I knew that I didn’t want to stay in Turkey because it is a very dangerous place.”

And so began Sirvan’s journey to the UK, which took two years. It was arduous, dangerous and scary. This remarkable young man taught himself English, Serbian, and the violin which he played on the streets to earn survival money. Without the use of smugglers, he had to maneuver his way through unpatrolled borders…no mean feat as it was the smugglers who knew which borders were safe to cross.

Sirvan relied on his sat nav, maps and common sense. He travelled at night through forests and countryside to cross Turkey to Greece, Macedonia, Serbia Bosnia, Croatia, Slovenia, Italy, France and finally arriving two years ago in the UK. He now has right to remain. 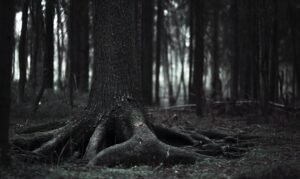 At times during his journey, Sirvan teamed up with other refugees. In Turkey he crossed in a small boat with four others arriving three hours later, on a beach close to a small village. Picked up by the police he was deposited in a camp with thousands of other refugees.

“It was like a jail, we couldn’t go out. It was dirty and overcrowded so after three weeks I ran. One night I went to the toilet which had a small window climbed through and escaped. I had no idea where I was or where to go. Using my phone, I found my way to Athens. But Athens was not safe – too many police – and I had no papers so I went to the port hoping to get on a boat.

“There are three ways to get into a truck. You can open the door for your friends and then close it after. You can use a knife to cut through the canvas and then there is a way to close it again once you are inside without anybody noticing, or you can hide under the carriage which is what I did. But there are dogs, police and lasers to detect refugees and I was caught five times.”

Again, smugglers offered Sirvan ‘safe passage’ for 5,000 euros but he declined. The jungle in Athens was not a good place so he set off on foot on his own for Macedonia to get to Serbia. 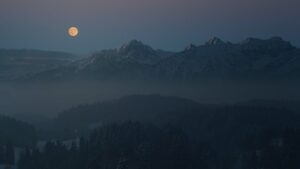 “To cross into another country, I had to find the borders where there were no controls. This meant walking in the hills and forests at night to cross over. It was scary as there were bears and wolves. But somehow the fear and stress make you feel stronger. It’s about survival, it’s about my life and I wanted to come out safely.”

And Sirvan’s way of surviving to Serbia was a backpack filled with water, energy drinks and 20 packets of Snickers. He arrived cold, hungry and very tired.

“I went to the police once I crossed the border into Serbia and said, I am a refugee and I need help. “

Serbia was a safe haven and Sirvan stayed there for a year.  He learnt Serbian, busked with the violin given to him by the UNHCR and, for the first time in a long while, was able to relax and recuperate.   But the authorities declined him permanent residence so he had to leave again, this time for Bosnia and then Croatia. He had been warned that the police were not refugee friendly and if caught he could end up in jail – again. He walked for four days at night to reach Croatia. Arriving in a small village at midnight he took a bus to Zagreb.

“I was so excited when I reached Zagreb. I was on the doorstep to Europe. Just a short stop through Slovenia and then I would be in Italy. It was a good feeling. It gave me the energy and confidence to go on. But I couldn’t stay in Croatia because if the police caught you – well, that was the end of story.”

Using his maps and his phone, Sirvan set off at night. He had two sets of clothes and shoes, one for trekking and one to look smart. He realized that if he looked dirty and unkempt when he arrived in a city he would stick out. Wrapping his smart clothes carefully he packed them away in his backpack and put on his walking clothes. This time he followed the rail tracks to guide him and arrived in Slovenia. Three more days walking in Slovenia and he was in Italy.

“I was euphoric. I had made it. Europe had always been my goal and the UK my final destination.”

Putting on his nice clothes he took a train to Milan and then to Paris evading the ticket inspectors as he had no money. And then on to Calais. He remained in the Jungle for seven months trying numerous times to cross the channel.

One of his fellow refugees worked with the smugglers in the hope that it would earn him a passage. This was a common occurrence in the Calais Jungle and for many the only way they would get to chance to reach the UK.

Finally, Sirvan took his chance and jumped on a dinghy before he could be stopped. He spent 15 hours at sea. The motor on the crowded boat failed and they were stuck in the middle of the channel. One woman went overboard and died.

“The waves were high, there were huge boats passing us. We were very scared. Everybody was crying. Now I hate the sea. “

Two years on Sirvan is living in London. He has work and has teamed up with a Syrian musician to further his musical career but the energy that propelled him through his two-year journey has left him and he worries that he is listless and unproductive. He wonders why! I don’t. Sirvan is now safe and he can breathe, but his experience has had its consequences.

He worries about his family. His older brother is in jail in Iran as the authorities think he helped Sirvan to escape. Sirvan is hoping that one day, when he gets a passport, he will be able to meet his parents in Turkey.

Sirvan is an inspiration and I am confident he will overcome his current malaise. He is better off than many as he is working and is now looking for a flat-mate. He is an accomplished violinist but it will take time. And he is lonely. It is humbling to hear his story. And I write this in the hope that those refugee sceptics may understand a little of what these young people have to go through to find a safe haven. Would you embark on a two-year trek across numerous countries with no money, no passport and no papers, and leave everything with which you are familiar – your family, your friends, your culture? Not unless you had no choice.

*Sirvan’s name has been changed to protect his identity