Hope is what most refugees cling to

Rabia Nasimi has a Master’s degree from the LSE, and she took her MPhil at Cambridge. She has been shortlisted for a string of awards for her work with the Afghanistan and Central Asian Association and in 2020 she joined the Civil Service as a Fast Stream Social Researcher at the Department for Health and Social Care. She now works as a Policy Lead in the Afghan Resettlement Team at the Department for Levelling Up, Housing and Communities, and has recently become a trustee of The Separated Child Foundation.

Not a bad resume for a 28-year-old who arrived in this country in the back of a refrigerator lorry, but it could all have been very different. “If my parents hadn’t fled from the Taliban when I was five years old, I would be stuck in the home, isolated, married with many children and probably living in poverty,” she says. “Afghanistan is a society that now shuns education for girls. I feel deeply for the women there and I want to make sure that the policies we are putting in place will really make a difference to the life of refugees in the UK.” 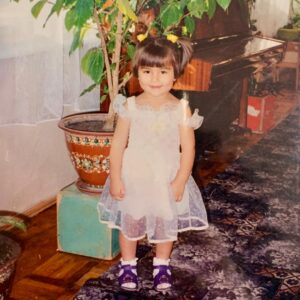 Rabia tactfully declines to comment on what some critics have called a disparity between the support Ukrainians arriving here receive in comparison to other refugees, but she says simply that her main focus is to ensure Afghan families get the vital health, education, support into employment and accommodation they need to fully integrate into UK.

“I have found it particularly rewarding visiting newly arrived Afghan families and learning more about how they’re adjusting to their new lives in the UK and their hopes, dreams and fears for the future.”

Ironically, Rabia wasn’t born in Afghanistan but, of all places, in Odesa in the Ukraine, where her parents were on a scholarship studying Law. However, on their return to Afghanistan there was a brutal regime change and they fled the country. Rabia arrived in the UK with her two siblings in 1999 after a very long and dangerous 3,509-mile journey across land and sea with weeks spent in various camps. In Calais they were smuggled on to a refrigerator lorry to reach the UK.

“I barely have memories from my early childhood, perhaps because I subconsciously wanted to bury them. Had we known it was a refrigerated truck I think my parents would never have got in. But when you are trafficked illegally you are not told the whole picture.”  Indeed in 2019, 39 bodies were found in a refrigerated trailer in Essex. “We were lucky. That could have been our fate,” says Rabia. 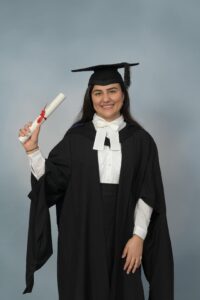 Now looking back, Rabia feels tremendously grateful for the generosity of the British people and the opportunities she has had in education and the workplace. But the early days were not easy. Acclimatising to a host country is tough. Language is a particularly difficult obstacle especially for older adults. Her parents spoke little English and Rabia and her older sister took on a lot of the responsibility.

Children usually rely on their parents for explanations and role models. Yet because they are more integrated into their environment through schooling and friends, this relationship can be reversed, and parents start relying on their children to explain things to them.

“Because we learnt English quicker than our parents we were briefly responsible for much of the translating. We would go to GP appointments, meetings with officials and other appointments. We had to grow up quite quickly and it was hard in the early days navigating our way through both the UK way of life and our school lives.”

After learning English her parents became pivotal figures in the Afghanistan UK community. In 2002 her father, Dr Nooralhaq Nasimi, set up the Afghanistan and Central Asian Association (ACAA), a charity to support refugee integration in the UK.

“The UK gave my parents the dignity, respect, and safety they had hoped for, so they had a strong desire to give kindness and friendship to others in the country they now call home.   And the work they did and do has had a great influence on how my own career has taken shape.”

Rabia worked extensively in the running of the Afghanistan and Central Asian Association in a diaspora-led development programme in Afghanistan as well as supporting women and families who are refugees and asylum seekers in the UK.

During her time as the Development Manager at the charity she visited the Calais Jungle. In an earlier interview she said that many refugees found it difficult to differentiate between the situation in Calais and back home and that some were so traumatised by the situation in Calais they even considered risking the dangerous journey to return home.

“The transition is quite traumatic – you feel like you’ve reached your destination but you still feel you’re trapped in a zone where you don’t know whether you can get out of it or continue to look forward to the future.’

She recalls her feelings last summer when Afghanistan fell to the Taliban for a second time. She was working in her first role in the civil service in the Department of Health and Social Care as a Social Researcher.

“I found it difficult to work and yearned to find a way to support people inside Afghanistan as well as those that had newly arrived here. But I was heartened though to see the support that people in the UK offered in response to the situation. It made me realise that I am living in a very humane society with people who really do care. And I felt proud to be British,” she says, and her own cultural understanding of Afghanistan is making a vital contribution to the UK government’s efforts to resettle Afghan evacuees.

Rabia feels she has come full circle arriving here as a refugee and is now uniquely placed to help other refugees arriving in the UK.

“It is important that refugees are not seen as a burden but rather as an asset to our society. Bringing with them a culture which will enrich the others in the UK.  Tolerance and acceptance need to be high on the agenda.” 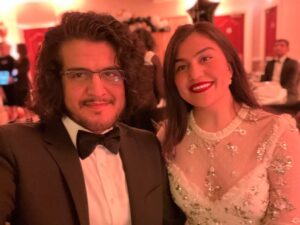 And Rabia is keen to apply her knowledge and experience as a trustee for The Separated Child Foundation. She hopes that the charity will become more visible in the mainstream.

“Our collective experience means that we best understand what separated children need and it would be good if we had a higher profile.

“We need to be recognised as experts in our field, to be written about on news blogs and be part of the national news agenda. We need to safely profile the children that we work with and create more partnerships and showcase refugees that have successfully integrated into life here in the UK.

“For example, schools could invite refugees to assemblies so that children can understand better from where they come from and why they are here. That could offer hope to other refugees when they see that it is possible to make a good life in the UK.

“Hope is what most refugees cling to and my own hope is that for people who have taken a similar journey, my story might encourage them to aim high – to know it is possible.”