So that they can’t recognise me

Pierre, aged 15, from the Democratic Republic of Congo

I’m here since six months now. I came to this country because my family were persecuted in the Congo.

My father was working in the government. He was a member of a political party social movement. He was against what the government was doing, for instance torturing people and beating people up. He was absolutely petrified when he was seeing that his fellow citizens were tortured. Then he linked up with some journalists to leak some information that people were not aware of. 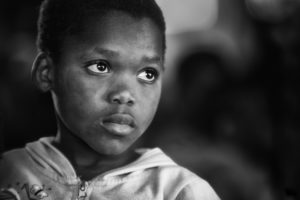 When they took my father, the house was pulled over and then we were taken away. They tortured my brother and he died. In order to escape from the government’s attention, I became homeless on the streets so that they can’t recognise me.

The government was still looking for everybody connected with my parents because they didn’t want all the information to be leaked to the public, because my father knew a lot and they were suspecting his kid to have all the information.

And then the colleague of my Dad came and took me and made arrangements so that I could leave the country because he wanted to save me. And that’s the reason why I’m in Great Britain today.