When I first arrived in England and I went to the Home Office, they brought someone to translate for me from Arabic… but I don’t speak Arabic! I said, “I don’t understand her and I need someone who can speak my mother language.” They said, “We don’t have anyone who can speak your mother language.” I said, “I can’t speak because I don’t know what you’re doing for me.” Then they said, “OK, you’ll have to come out with us and we’ll find you a translator.” Then I went with them. They said, “Sit down here” and they bring three persons and they said, “You have to go with these people.”

So I came out of the Home Office and they took me from there to a hostel. They kept me in that place for ten days. There were some people from Afghanistan and Iraq. They give you food, rice, but they don’t talk to you. They just tell you to stay here and that’s why I have been in that place for ten days. They don’t tell you who will speak to you or why you have to wait there or when I’m going to speak. Then they transferred me to Hounslow where I’m living now. They found for me someone who speaks my mother tongue. I was happy because it’s not easy to speak without your mother language about what’s happened to you. When that person came, I spoke my mother tongue with her. They said, “OK, now we believe you: you’re 17.” They took me to another hostel and that place was for one week and they gave me £6 every morning and I had to go and buy food because in that place you have tea to drink in the morning and they tell you, “You have to go and eat outside.” When I took that money to go out, I didn’t know how I was going to use it because when I arrived I didn’t know the currency and I didn’t know what to buy because I didn’t speak any English. There was one woman who went with me one time to show me how to buy food and she said after this I have to buy for myself. When I go to buy, I don’t know anything of the names so I just see the thing and I go to the queue and I don’t know what it is and I pay too much and sometimes I didn’t have enough and I use all the money.

So I stayed there seven days and then they gave me a place in a house and they found for me a key worker. Because you’re a young person, you’re 17, he has to come every three days for one week. And for two months or three months, social services or other people come to see you, how you feel, and that person support you. 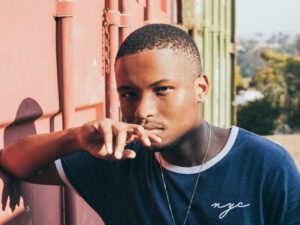 When you come here and you explain to the Home Office your problem, they really don’t believe what’s happened to you. They just ask about your relatives, how you have been living all your life, not about the problem you had with your country. There’s a very big difference between an Asian or an African or someone else coming here and the people who are born here and are working for the Home Office or the social services.

And for me, I explained my problem, what has happened to me in Darfur with my father and what happened to my mother and me when they came to attack us in our village, how they struck the women and they were beating you, and their guns. So when they asked me, “Where is your father?” I told them he’d been killed and I don’t know where he is. They spoke to me many times, asking me about other things happening and I said I didn’t know anything about that. Then some agents came to take us from the village and we were walking in the mountains, and they were coming to rescue us. Me and some other people found a place because we know the mountain very well. And we went to another village where my aunty lives.

When I arrived here, I explained what had happened to me, what I lost, my family and my friends. They said, “OK, we believe you but you can go over there, to Khartoum.” I smiled when they told me that because it’s not a fine reason to send someone back. The Janjaweed can come and it’s not a place that someone can go over there. I don’t know what I can do there because I don’t have family.

I believe that I may have to go to Khartoum and it’s a dangerous place, and I don’t know what I’m going to do over there because I don’t have family or friends there now. All the time, one year and a half, I’m thinking, thinking about what’s happened to me and what will happen. Even when I try to go to college, my mind is not really on it.

One day, the Home Office came in my house to look for someone else. I opened the door. It was 4 o’clock in the morning or something like that. They said, “We’re from the Home Office.” It’s not the normal police that you call 999 and they come. They said they were looking for a young man called ‘X’ and they said, “What’s your name?” and I said I’m Adam Teneh. They said, “Can you show me your passport?” and I said, “I don’t have a passport. I have ID.” I showed them this paper that they gave to me and they said, “This paper has been spoiled: illegal, illegal!” I said, “No, this paper they gave me is for one year and when it’s finished I went to my solicitor to write to renew it. Before one month I’ve been there. I’ve been waiting for six months and no one answered me and it’s not my fault.” They said, “You have to come to sign in our office.” I said, “I’m not going to come.” They said, “Why?” I said, “Because it’s not my fault. I don’t see any reason. I’m not going to come.” I tried to call three times and then they called me and I said, “I’m not going to come.” They said, “We’re going to come to your house and give you this paper and you have to come to see us.” I was just thinking for myself and I didn’t find any reason.

So I went to see my solicitor and I said, “I’m not going” and she said, “No, you don’t need to go to court because it’s not your fault.” So she was calling them to get them not to send me the letter again. And the Home Office said, “Don’t listen to your solicitor. You have to listen to us.” And I went to my solicitor and she said, “No, don’t listen to them. You don’t have to go. You take this letter and you don’t have to keep coming to see me again. If they call you or come in your house, you give them this letter and you call me and that’s it.” Since she gave me that letter, until right now, I still don’t have any news from the Home Office. And it’s in my head that they can come any time in my house and take me and put me anywhere they like.

And I think: what is happening to me? It’s really sad and I was trying to do my exams and I was thinking about the Home Office situation. It’s keeps coming on my mind about the Home Office, how long I’ve been here and my friend and what’s happened to him. He’s lost everything on his case and no one looks after him. Another friend, sometimes I call him and tell him to come and speak about the problem that he’s feeling and he says, “No, just leave me alone. I don’t want to be with anyone. They don’t believe me and they just want to deport me.” I don’t know where he’s living and I don’t see him now. It’s really sad.

Why don’t they believe us, about genocide? I’m very sorry about the Home Office. We didn’t get any help and we don’t know what we’re waiting for. It’s very sad. We need help. You can be in political oppression and you come here to England and you can be here seven or ten years and they can deport you back.

You can lose your mind.